Cast members will be added as story progresses. 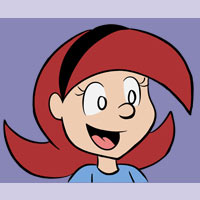 Lydia is a 6 year old little girl with one major goal: world domination. Despite her age and size, she’s convinced that she knows exactly what is wrong with the world and how to fix it.Â Lydia has a distrust for most people, leading her to the conclusion that her sidekick for world domination has to be an animal. 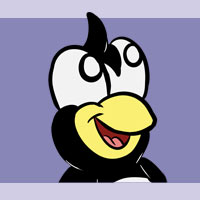 Fizzlebit fell off a dump truckÂ and found Lydia specifically to follow her home. Obviously, heâ€™s her sidekick. How does he live in the suburbs when heâ€™s a penguin? Beats me. Fizzlebit freezes up around adults, but freely moves about around children, adding to his mysterious business. 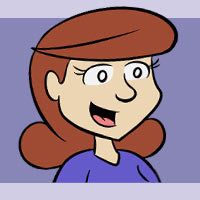 Lydiaâ€™s mom is raising a 6-year old future tyrant by herself. The whereabouts and history of Lydiaâ€™s father is currently unknown, but Mom handles things well enough to keep the two in the Fancy Rock Estates neighborhood. She has gotten used to Lydia bringing home everything from snails to Saint Bernard puppies, and each time has had Lydia send them back where they came from until Lydia is a bit older and more responsible.Â She seems to think Fizzlebit is a bug-eyed toy. 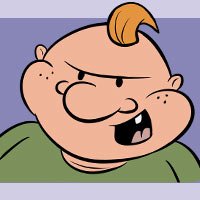 MuffintopÂ is the neighborhood bully. His real name is not Muffintop, of course, but the other kids in the neighborhood hoped that it would hurt his feelings enough for him to stop bullying them. Unfortunately, it backfired, and somehow Muffintop views it as a label of power. He enjoys bragging about all the extravagant stuff his parents buy him, especially to Lydia.

GregoryÂ is Muffintopâ€™s pet baby giraffe. Supposedly from a zoo in Tokyo, Gregory is a living example of the money Muffintopâ€™s parents drop on a regular occasion. Gregory has a sweet tooth for both candy and flowers and only does mean things if Muffintop has some sort of expensive equipment controlling him.

Howie is in charge of the city dump. He has a nice house somewhere to live in, but assumes that hooligans are going to come and mess up the dump, so he spends most of his time in a small shack at the dump. He hates small children and all animals, except for the stray cat that shows up at the dump to eat sea gulls.

Clif is one half of the local business known asÂ Clif and Sarge’s Junk Dump Service. When he’s not hauling unwanted items to the dump with his faithful dog Sarge, Clif is usually at home watching The Game. 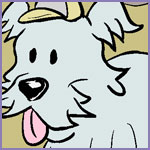 Sarge is Clif’s dog and the other half of Clif and Sarge’s Junk Dump Service. While Clif watches The Game, Sarge chews and slobbers on various items around the house. Clif doesn’t seem to mind.